The IPOE-470 series provides a quick, safe and cost-effective 802.3bt PoE++ network solution for small businesses and enterprises. It is designed to perfectly upgrade an existing network infrastructure to 802.3bt PoE++ network system without replacing the existing Ethernet switches and also enables centralization of the power supply.

As the IPOE-470 series adopts the IEEE 802.bt PoE++ standard and PoH technology, it is capable to source up to 95 watts of power by using all the four pairs of standard Cat5e/6 Ethernet cabling to deliver power and full-speed data to each remote PoE compliant PD. It possesses the triple amount of the power capability when compared to the conventional 802.3at PoE+ and is an ideal solution to satisfy the growing demand for higher power consuming network PDs, such as: 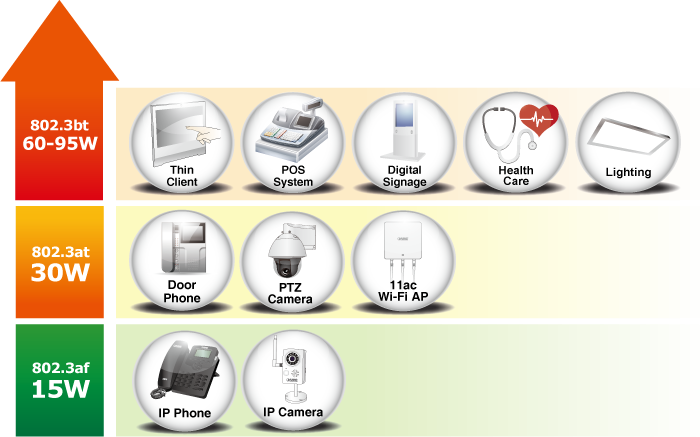 The IPOE-470 series is installed between a regular Ethernet Switch and the PDs. Four ports are network (Ethernet) ports for data input while the other four ports are PoE++ ports for data and power output. Both power and data are transferred simultaneously over the UTP cables to various 802.3bt/at PDs without affecting the existing network performance and functions.

With data and Power over Ethernet from one unit, the IPOE-470 series can reduce power cable deployment and eliminate the need for dedicated electrical outlets on the wall, ceiling or any unreachable place. 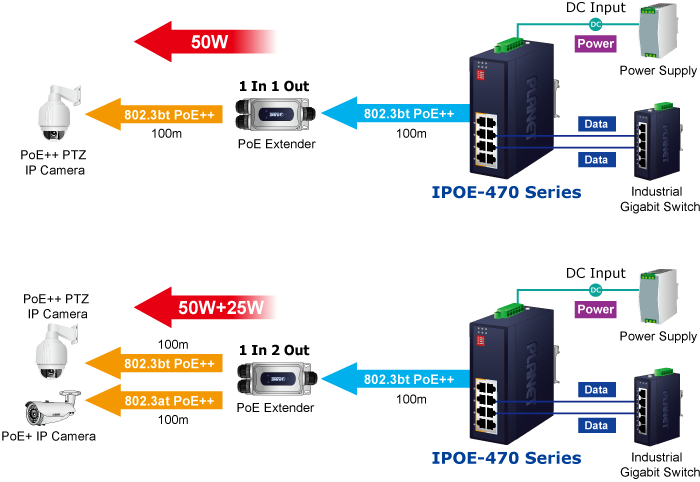 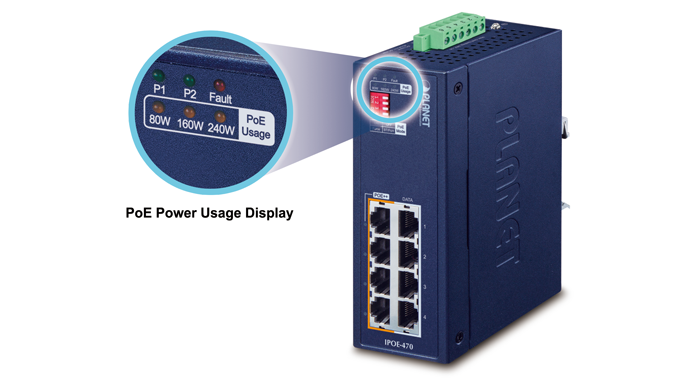 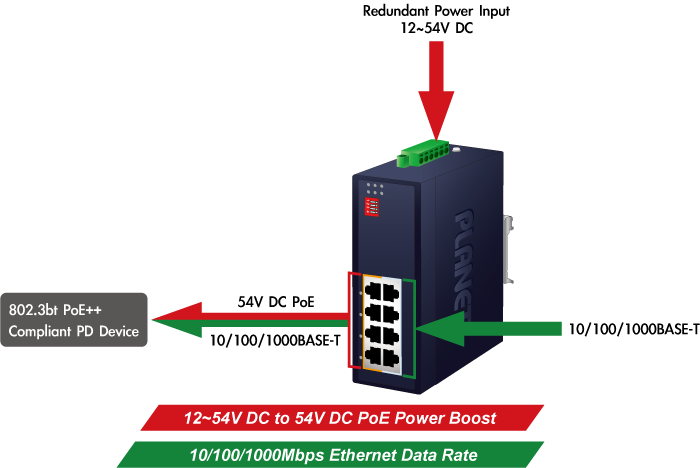 With up to 95-watt PoE output capability, the IPOE-470 series can extend much longer distances by using PLANET PoE Extender for powering up the PoE PD which can be installed over more than 100 meters away.

Today, the PoE demand expands from commercial applications to many critical networks in the harsh environment. The IPOE-470 series provides a high level of immunity against electromagnetic interference and heavy electrical surges typical of environments found on plant floors or in curb-side traffic control cabinets.

The IPOE-470 series can be easily installed by way of Plug and Play and operates stably under temperature range from -40 to 75 degrees C which enables the users to conveniently apply the device in almost any location of the network. The IPOE-470 series is also equipped with a compact IP30 standard metal case that allows either DIN-rail or wall mounting for space-limited environments.

The IPOE-470 series provides contact discharge of ±6KV DC and air discharge of ±8KV DC for Ethernet ESD protection. It also supports ±6KV surge immunity to improve product stability and protects users’ networks from devastating ESD attacks, making sure the flow of operation does not fluctuate.

For a place which is hard to find the power inlet, the IPOE-470 series and IPOE-173S can operate as a pair to provide the easiest way to power your Ethernet devices which need high power input, such as PTZ (pan, tilt, zoom) IP cameras, color touch-screen voice over IP (VoIP) telephones, and multi-channel wireless LAN access points installed on the top of the building or in enterprise office or home, as well as thin clients, all-in-one touch PCs, point of sale (POS), information kiosks and remote digital signage displays. 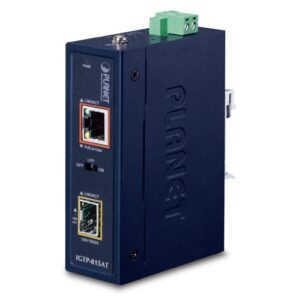 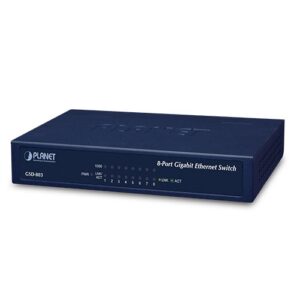 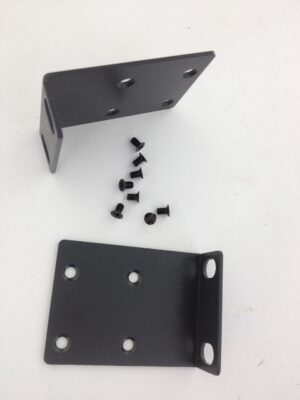 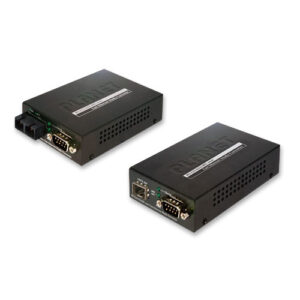 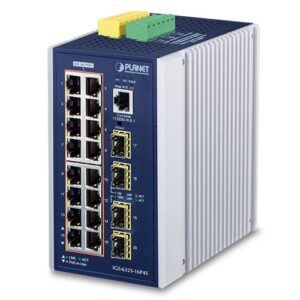 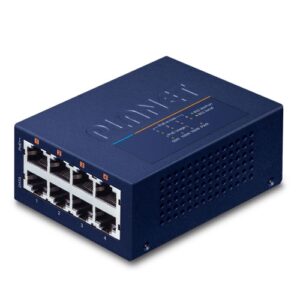 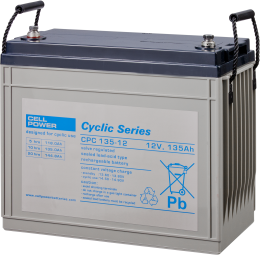 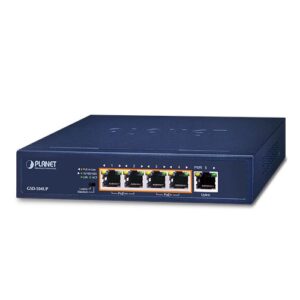