Designed to be installed in a wall enclosure or simply mounted at any convenient location on a wall, PLANET WGS-818HP is innovative, wall-mounted industrial 8-port Gigabit Ethernet Switches with 8-port 802.3at Power over Ethernet Plus injector. They come in a compact but rugged IP30 metal housing. Featuring a total PoE budget of 60/120 watts, ultra networking speed and operating temperature ranging from -20 to 60 degrees C, the WGS-818HP is ideal solutions to meet the demand for sufficient PoE power for the following network applications.

The WGS-818HP is able to operate reliably, stably and quietly in any environment without affecting its performance, and provides a quick, safe and easy deployment of PoE PDs with power feeding. 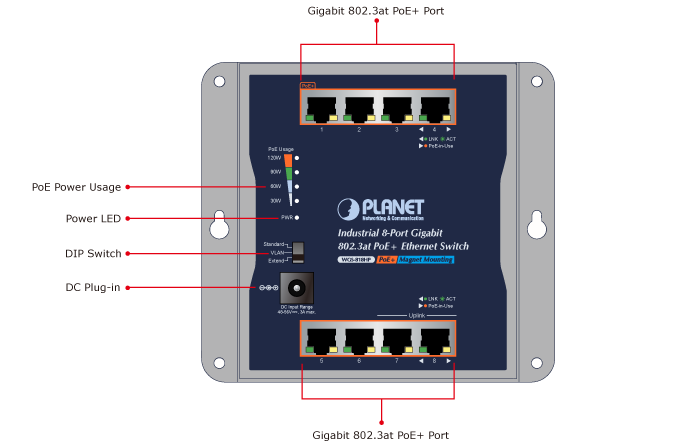 The WGS-818HP is specially designed to be installed in a narrow environment, such as wall enclosure. The compact, flat and wall-mounted design fits easily in any space-limited location. It adopts “Front Access” design, making the installing, cable wiring, LED monitoring and maintenance of the WGS-818HP placed in an enclosure very easy for technicians to manage. Fixed wall mounting, magnetic wall mounting or DIN rail installation can be had to suit your working environment, thereby making its usability more flexible. 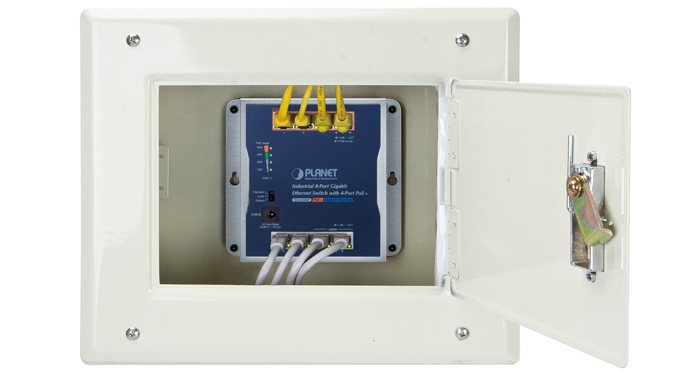 The VLAN operation mode features the port-based VLAN function that can help to prevent the IP camera’s multicast or broadcast storm from influencing each other. With two uplink ports with 1000Mbps transfer rate, it ensures high-speed data and video transmission, and reliable assurance for connection between the surveillance system and outside network where the other PoE+ ports can be used to their full potential. 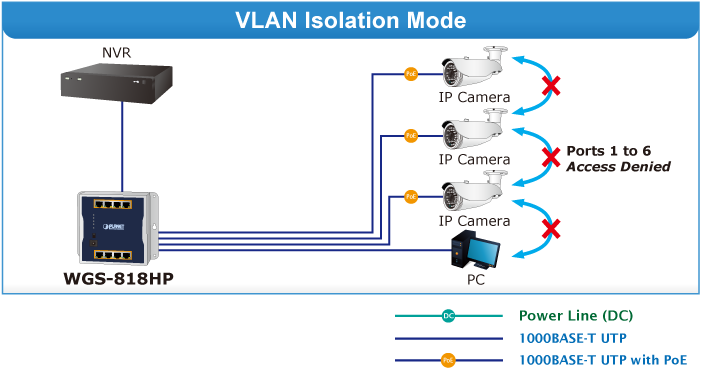 In the Extend operation mode, the WGS-818HP operates on a per-port basis at 10Mbps duplex operation but can support 20-watt PoE power output over a distance of up to 250 meters overcoming the 100m limit on Ethernet UTP cable. With this brand-new feature, the WGS-818HP provides an additional solution for 802.3at PoE distance extension, thus saving the cost of Ethernet cable installation. Its VLAN isolation function isolates ports so as to prevent broadcast storm and defend DHCP spoofing in the extend operation mode.

The WGS-818HP provides eight PoE ports that combine up to 120 watts of power output budget for catering to small-scale PoE network applications. Compliant with both IEEE 802.3at and IEEE 802.3af Power over Ethernet standards, each PoE port supplies up to 30 watts of power output and data transmission in Gigabit speed both delivered over one Cat.5e/6 Ethernet cable, powering remote PoE PD at distance up to 100 meters.

Carrying both Ethernet data and power simultaneously, the WGS-818HP reduces cabling requirements and eliminates the need for dedicated electrical outlets on the wall, ceiling or any unreachable place. It helps users to utilize just one Ethernet cable to install and deploy IP camera, wireless AP or VoIP phone more efficiently and cost-effectively.

To further expand the office premises, the additional telephones required could be installed at less cost via the PoE IP telephony system, better than the traditional circuit wiring telephony system. The WGS-818HP PoE+ Switch helps enterprises to create an integrated data, voice, and powered network. The IEEE 802.3af/at compliant IP phones can be installed without the need of an additional power cable because the power can be provided via the standard Ethernet cable from the connected PoE+ Switch. With the WGS-818HP, IP telephony deployment becomes more reliable and cost effective, thus helping enterprises save tremendous cost when upgrading from the traditional telephony system to IP telephony communications infrastructure. 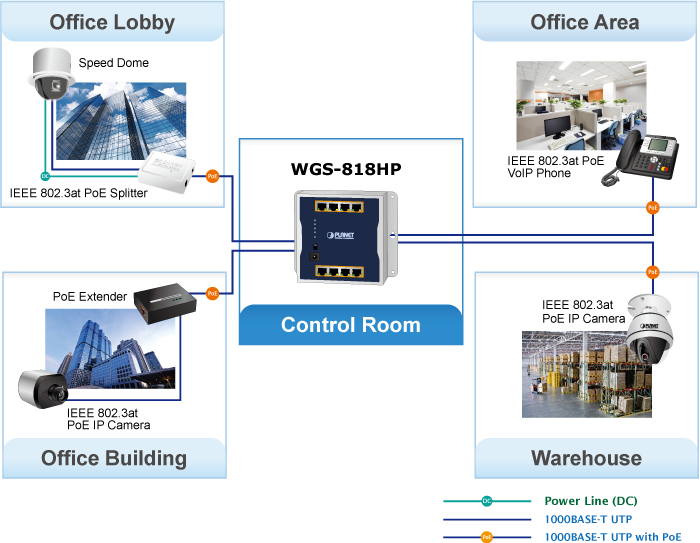 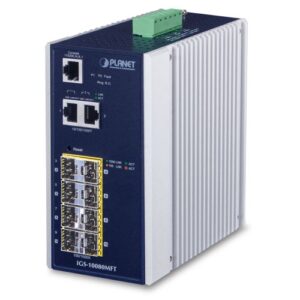 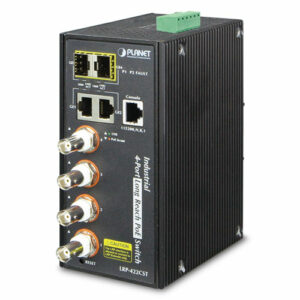 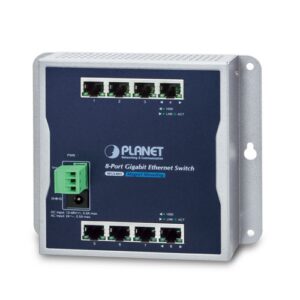 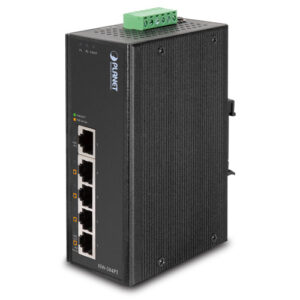 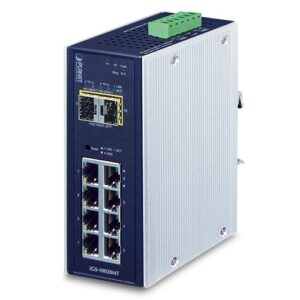 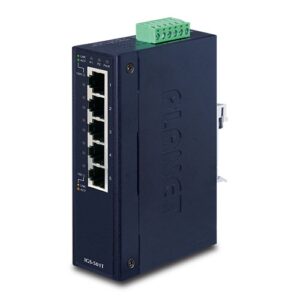 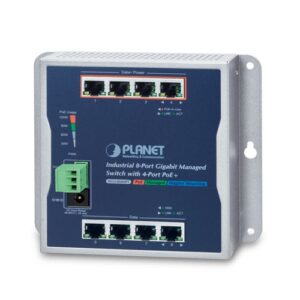 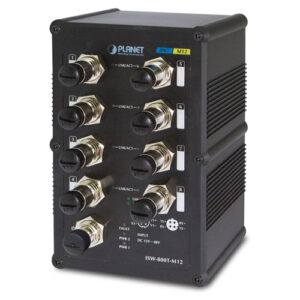